Is the RadaEtrusca Campsite located directly on the Sea in Tuscany in Vada? 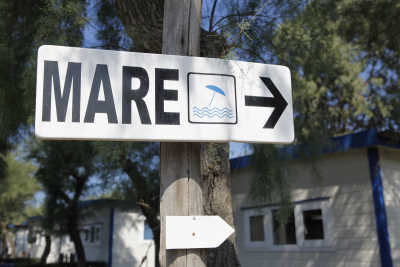 The comfort of being directly on the sea... The RadaEtrusca campsite is located directly on the sea; there are no roads to cross to get to the beach. It is located near a biogenetic reserve, in a respected and protected naturalistic environment.
The beach and sea can be directly accessed from the campsite. The distance between the shore of the spacious free beach and the entrance gate to the campsite is approximately 50 meters. You don't have to take a long walk under the Pines with deckchairs, canoes or prams in tow.

Discover the rates of the RadaEtrusca campsite 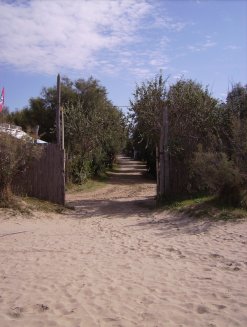 The campsite favours respect for nature and pursues a light impact on the surrounding environment. It is also for these reasons that RadaEtrusca Campsite does not have pools or concrete flows, and there is no animation, but you are relaxed. You can enjoy a holiday filled with sports such as sailing, surfing, kite surfing, windsurfing, canoeing, beach volleyball, swimming, snorkelling, and scuba diving. At the end of the day, you will need to relax, on a camp bed, possibly directly on the sea ;-) or a little food from the campsite restaurant.

If after the day on the beach, on the sea, you still have energy, you can go on foot or by bike to the nearby village of Vada or Vada Mazzanta. Cecina, Rosignano, Castiglioncello.

The campsite has a bar, restaurant-pizzeria with the possibility of takeaway, supermarket with fresh bread every day, cold cuts, fresh fruits and vegetables, playground for children, playing field, ping pong tables and a basketball court.Nearby are sailing and windsurfing schools and tennis courts, while plenty of nightlife and restaurants can be found in Castiglioncello and Cecina. 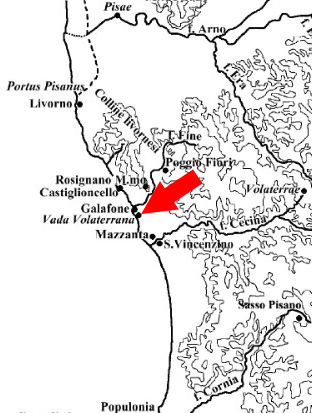 Vada, in the province of Livorno, Tuscany, Italy...

...a few kilometres from the mouth of the Cecina River and the town with the same name. Volterra can be reached in 45 minutes by car.

The village of Vada was once known as Vada Volterrana (or Volaterrana) and was, in Etruscan-Roman times, the Port of Volterra. The name probably comes from the term "vadum" which means “landing” and recalls this function. Recent archaeological studies have revealed the presence of several buildings and finds of the Etruscan era in the area of Vada called San Gaetano.

The settlement, also mentioned by Cicero and Pliny, arose on the Old Aurelia Road. The kilometre stone stating the 287th kilometre from the Capital of Rome can be seen in the main square.  When Rutilius Namazian visited Vada in 417 A.D., he documented the presence of fully functional salt works. The production of salt continued in Medieval Times as mentioned in numerous archive documents..

Was Vada a haven for Saracen pirates?

It seems that Vada later became a refuge for the Saracen pirates, engaged in the raids on the sea, of which amphorae and terracotta vases that lie on the seabed are testimony. The area was also known by the name Rada Del Saraceno, and there are several dozen underwater wrecks in front of the Vada Shallows, visible to scuba divers.

The oldest and best-preserved building in Vada is the Vada Tower. It was built by the Pisans towards the end of the thirteenth century and used as a lighthouse for coastal navigation in a stretch of sea that has always been very risky due to its shallow waters and loose seabed. The tower is now an environmental education laboratory and exhibition venue.

Today the village is located for the most part on once swampy land. Some areas of the town are below sea level. In the nineteenth century, the area was reclaimed thanks to the work of the Lorena family, who made the coastal areas habitable and cultivable. 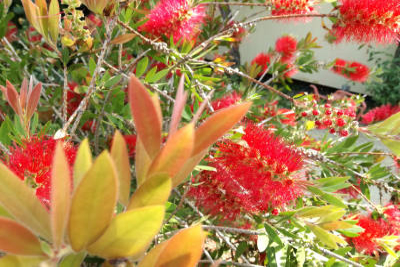 The campsite has been open since 1968, with restaurant and mini-market


opened since 1968, the RadaEtrusca campsite is located in a biogenetic reserve, in an esteemed and protected natural environment. It is the ideal place for those who want to spend a relaxing holiday by the sea and for those who wish to discover the beauties of the Etruscan Coast.

The campsite has a bar, restaurant-pizzeria with the possibility of takeaway, supermarket with fresh bread every day, cold cuts, fresh fruits and vegetables, playground for children, playing field, ping pong tables and a basketball court. 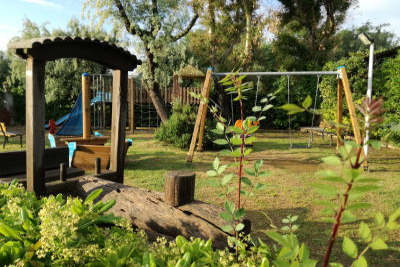 Special attention has been paid to connectivity. It is available in the Management-Restaurant-Mini market area.  The campsite provides a service "free child-friendly" wi-fi for free internet connectivity. It is a fast line dedicated exclusively to campers, on frequencies of 2.4 and 5GHz (also suitable for use with state-of-the-art computers, smartphones and tablets).

Can you also sail on drifts and kite-surf?

The RadaEtrusca campsite in numbers:

Distance from the sea

The actual distance from the campsite gate to the beach

Total number of accesses to the sea from the campsite

Distance from the nearest village (Vada, province of Livorno)

Number of pizza variants available at the restaurant

Connect with the RadaEtrusca Campsite in Tuscany! 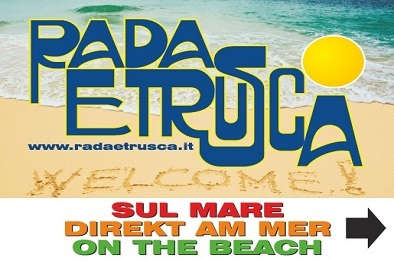